Headed for divorce? Who gets the farm?

Untangling relationship property at the end of a relationship can be tricky. This is especially the case when family farms are involved – with their unique structures of companies, partnerships and trusts and the reality that family life is often centred around the farm.

For example, even if the farm was owned pre-relationship and only the farmer works it, their spouse may still have a claim to the increase in the value of the farm. The crucial question is whether a part of that increase was due to the non-farmer spouse. As many farms in our region have seen significant growth in value in the last few decades, this is an important risk to consider.

A 2009 decision called Rose v Rose remains the leading case in answering this question.  The facts are relatively common.  The farmer in question farmed in partnership with his father and brother – a structure established well before his marriage to Mrs Rose.  Mrs Rose worked off the farm, earning a wage which allowed Mr Rose to keep the farm afloat, as it was heavily mortgaged.  She also looked after the home.

The dispute went all the way to the Supreme Court and ultimately Mrs Rose was awarded 40% of the increase in the value of the farm – a substantial amount as the farm’s value had increased from $300,000 at the start of the relationship to $1.5 million at the end. The Court agreed with the wife’s argument that without her income, the farm would have been in jeopardy, so the Court was satisfied that at least some of the increase in the value of the farm was due to her actions. The Court also recognised that as the homemaker, Mrs Rose had freed up her husband to spend long hours on the farm.

The best advice we can give to a farming client considering separation is to engage a specialist relationship property lawyer to give you advice on your own situation.  Depending on the facts, the farm could be subject to a relationship property claim – even if structures designed to avoid such claims are used.

Similarly, if your farming family is getting larger with a new relationship – the best way to protect the farm’s legacy is through an agreement contracting out of the default provisions of the Property (Relationships) Act 1976.  It is an excellent insurance policy against a complicated, expensive and time-consuming process should things not work out. 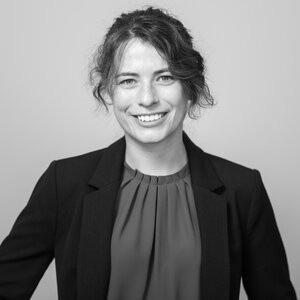